I just watched a documentary about being a Mod and various other British Youth cults.

As much as I like some of the art and people that come from these subcultures, I personally could never sign myself up and be a member.

It all just seemed so limited, shoehorning yourself into a way of life. In a way its not a universe away from joining the army – men often need that feeling of being in a gang, a movement and creating some sense of purpose.. Which is usually fake , once you get out a pen ,paper and ontological microscope to study it .

All, that said , it became clear to me the other day , that if pressed I would have to admit the philosophy , look , feel and art of the Beat movement was something I related to hugely, as a teen. In fact I only let go of its hand about 12 years ago – I’m aware to be “hip” you have to pretend you are above the Beats and see through them, you have to say you much prefer the French Left Bank writers and that, frankly, you think On The Road is childish boys games. Such is life.

I guess, “Beat” is something you is or isn’t there isn’t much you can do about it. Bit like being homosexual in a way.

To be “Beat”, isn’t about going on a gap year before going on to Uni or touring Europe or America when you are in your teens/early 20s (as romantic as that is) and then living in London or NY city for the rest of your days…..A provincialist with a city a view form your kitchen window.

Nope, to be “Beat” is to be a full time adventurer (the art is a byproduct of that) ..Movement is premaritally forward and there isn’t anything you can do about it.

Most people , probably, wouldn’t want to order this first quarter of 2020 , if it was a menu option
In fact , I wouldn’t be surprised if the masses demand we re do this whole year .
The entire world will get together and pretend this was just a collective nightmare, that vanished as soon as we awoke into our new “do over” year,- like the famous season long, Bobby Ewing, dream sequence in Dallas.
This would also be handy if you are 21 and want to stay 21 for a year longer, it would be helpful if you were on death row and due to go to the electric chair this year. Although, granted this would be a nuisance if you had to reschedule your Dignitas appointment.

For me, apart from January, I always hate January, this year has been nice. Yes, Covid-19 is frightening and heartbreaking,.. However, it has meant I can work remotely and not have to share an elevator with people who’s total number of tattoos is greater than their IQ score- life is a game of give and take.

One of the delights of this year, so far, as far as I’m concerned, is that Woody Allen’s autobiography was, finally, released and what can I tell you, it’s brilliant, utterly hilarious .

I remember, the fantastic, Victoria Wood once said that Woody Allen had become ashamed he was ever funny, he now just wanted to be a “serious” dramatist. Apart from being not true , it implies Woody had stopped being funny
You only had to watch a number of his films, around the time Victoria said this and beyond, to see it wasn’t true.
This book is further proof that the Woody Allen of old, is pretty much the Woody Allen of the present.
In a way, it’s, almost, impossible for Woody not to be amusing, as his humour is based around his philosophy on life and the many abusdaties that imbue it and flow from it.

It’s the reason he has such a loyal core fan base, which since I first discovered him in my teens I have been a part of, if you “get” Woody, if you are a fan, its largely, due to having a shared view of the world.

“There was no trauma in my life, no awful thing that occurred and turned me from a smiling, freckle-faced lad with a fishing pole and pantaloons into a chronically dissatisfied lout. My own speculation centers around the fact that at five or so, I became aware of mortality and figured, uh-oh, this is not what I signed on for. I had never agreed to be finite. If you don’t mind, I’d like my money back.”

I say all this, as if you buy, borrow or steal, the book you won’t be let down. The book over spills with “it’s funny because it’s true” observations and Samurai sword sharp quips .

He is, also, open hearted, at least for Woody, discussing his parents, his loves, his likes and his loathes. As well as taking us through his relationships- of course, he gives his side of the story regarding Mia, her children and his wife, Soon Yi as well.

“I helped her get work in TV when she moved to the city. We had no secrets, we were closer than family. This extreme and pleasurable closeness continued decade after decade until I sued her.”

“But the arguments we had over free will and monads, while heated, were never as combatative as the ones we had over our marriage. I knew I was in trouble when, in one philosophical discussion, Harlene proved I didn’t exist.”

Anyway, if it doesn’t sell out, the book should be available, at most, closed for Covid-19 book stores, as well as with the usual online sellers.

For what it’s worth, going by the evidence he gives and from what I’ve read in the past, I can’t help but think Woody is innocent and I can’t help but feel Mia’s greatest acting achievement (even greater than her brilliant performance in Rosemarys Baby ) is her ability to fool people into thinking she should be anywhere which isn’t a Psychiatric Hospital .

I will leave the last word to Woody himself

“As much as we whine and moan and insist, often quite persuasively, that life is a pointless nightmare of suffering and tears, if a man suddenly entered the room with a knife to kill us, we instantly react. We grab him and fight with every ounce of our energy to disarm him and survive. (Personally, I run.)”

“All that I ask is my ashes be scattered close to a pharmacy.”

I have to say, although, they are well meaning, I’m kinda getting a bit sick of these “Stay home” videos on social media sites,  by the ultra wealthy celebs .
I agree with what they are saying BUT  it’s a trad patronising, no?

Let’s be honest it’s no great shakes staying in and not earning for them..They wouldn’t have to work or leave their homes for the rest of their lives if they didn’t want to ….Also some of them have mansions with grounds the size of a small national park.

For most of the USA/UK life, simply, isn’t that simple ..
I mean, lots have lost their jobs… They have rent to pay , bills to cope with. … They have to wait 6 weeks (in the UK ) for a benefit cheque .
How are they meant to get by?
These shelf stackers and delivery men, aren’t “Brave” they are desperate . ..They can’t get by UNLESS they go to work, travel on trains etc …Nobody would chose to stack shelves or work in a warehouse during a pandemic if they had a choice

I know some people are having their rents “put off” for 3 months… But personally I can’t see that being of any help .. They aren’t being ‘Let off” rent, its merely being deferred.

Your average rent is, at least, about 1000 quid a month ..
So after all this , they maybe jobless and have to pay back about 4000k, where are they meant to get that from?

(All that said, stay in folks ) 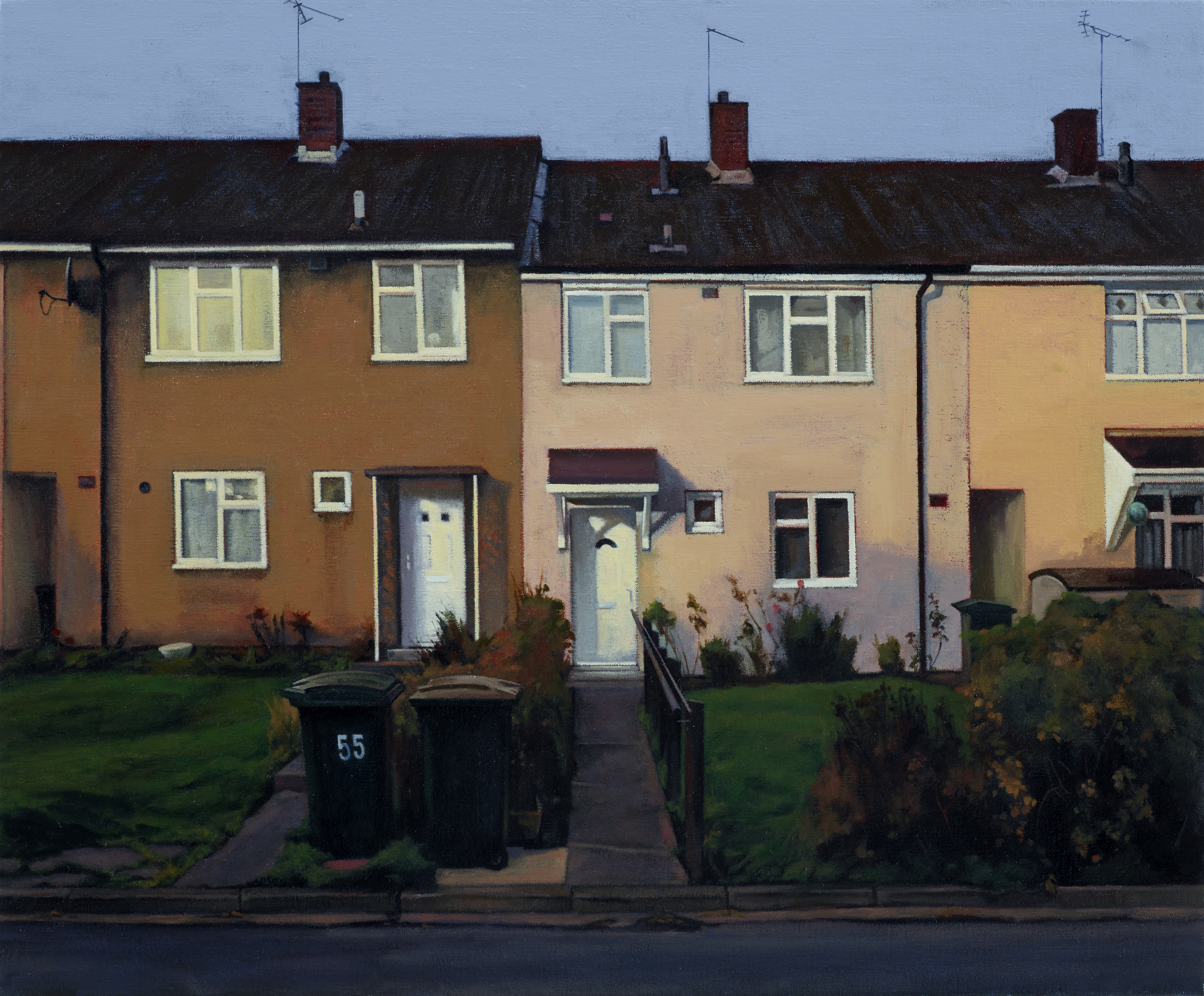 Its a lovely sunny day here in the land of Frasier Crane.
It seems Seattle actually does have four distinct seasons- like Cornwall BUT unlike the rest of England which has one week of spring and two weeks of Autumn and 49 weeks of a frantic wrestling match between Summer and Winter, where Winter always wins..

Im gonna start walking into work, one can’t expect to keep their waist and cheekbones by eating cake and Ubering everywhere. Also I’m scared of
getting the Coronavirus virus if I venture onto public transport. Virus fear, is kinda making me racist.. Inasmuch as when I see someone from Easten Asia (or even anyone who works in The Shanghai Wall Chinese Restaurant in Bell Town )
I psychology put on a protective biological suit, before physically running down the street, muttering the Catholic Prayer Of Protection as I go