Over the last 4 months or so, I’ve been boring anyone and everyone I speak to (no change there then ), advising, nay ordering  “You must check out Orville Peck” .
Orville is a country singer, (think country in the old sense of the word )  who this year released his first long player called “Pony”- everyone should own this LP, even the dead.

The album is grand simply due to the songwriting and Peck’s fantastic voice.  The subject matter he covers is heartbreak in the key of homo.
Now, the  loneliness of the gay way is hardly new subject matter in rock and pop, however in the ultra-straight world of country music its, almost, a revolution.
On Pony, Peck has managed to create a David Lynch soundtrack inside the Smiths Song ” How Soon Is Now?”. If that idea doesn’t get the blood rushing, then nothing will.

Last night, I got to see Orville in Santa Ana, in Orange County, it was the first time I’d seen him live and it was the first time I’d been to Santa Ana. Due to Orange County being extremely Republican, a number of Pecks audience  being dressed as cowboys and the yearning for escape in some of the songs ..I kept experiencing fleeting feelings as if  I was in one of those small-town American movies like The Accused, Boys Don’t Cry , Mystic River etc …Not a comfortable feeling but not uncomfortable enough to blemish the night.

Live Peck shines, he brings a whole new dimension to his “Goth Chris Isac vibe”.. Injecting punk energy into the songs.  His voice freer more daring.
The crowd act as if Peck is an artist they have known for years, rather than someone who has only released an LP this year. The air was heavy with passion and the passion was loaded with the joy of release.
The world is a lonely hearts club and Orville is the new house band.

Next stop The Troubadour… 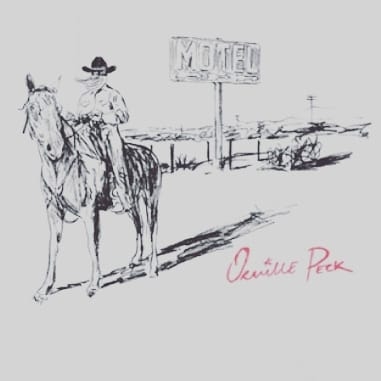 Krissy (my wife )  has been under a lot of pressure of late, so I decided to take her for a night out last night ..We went to the usual haughty haunts, with a detour or two.
After having chips in our favourite pub, and on the way to the Sunset Marquis, I decided to take Krissy to the Chateau Marmont. Which isn’t really our kind of place, generally speaking…As far as I’m concerned the best bit about The Chateau is the iconic sign, a mocking reminder to passersby that once there was real glamour and style in the world ….But alas that was yesterday.
I had popped in there before but Krissy never had, like me, she found the shabby decor appealing and like me, she wasn’t a fan of some of the people that hung out there-. Lizard humans, devoid of anything approaching warmth, spirit and soul…The type who would kick their own Mother down the stairs if it meant the chance of a photo in Vanity Fair and, quite possibly, list their children on Ebay if it meant they would secure a 5-minute slot on TMZ
This gang are seemingly in competition with each other to have the most noticeable plastic surgery in the room …Long gone are the days when their surgeons tried to make their “improvements” look natural…Now it’s a fight to look as “worked on” as possible. Plastic Surgery, to them, shows status. The results weren’t, quite, a horror show but I would suggest they should only be allowed on telly post-watershed.
Still, the people watching was fun and sat behind me in a wheelchair was Scotty Bowers.. Scotty was an “arranger” for Old-world Hollywood closet cases and balcony boys .. His tales are many and, almost, legendary. Sat with him were two young males, ready to “inhale” anyone who would pay their rent. All of this was lost on Krissy, who was more interested in the film, Dirty Dancing, being projected on a wall near the bar. She thought it was “Neat”
We finished our drinks and set off for The Sunset. On route I lead Krissy up a hill on Sweetzer, there is a nice view of the city I wanted her to see. As usual, I walked way ahead of Krissy, who was busy taking things in for the first time (and of course talking ). As I got to the top of the hill, the gates to one of the houses opened and the floodlights turned night into a bright 11am .
A fella came out followed by his assistant in a golf buggy…To my surprise, the first fella looked at me nodded and then came over for a chat.
Now, we were in a cul de sac, it was night time and only a few days from the 50th anniversary of Sharon Tates Murder- which also happened at night, in a Hollywood home, on a cul de sac. I decided just because one may well get killed, one need not throw good manners in the bin. So, I merely nodded back and waited for the man to join me.
He was polite, considered and quite European in nature. (for an American).. As we stood talking Krissy finally caught up, so I said ” Oh, here’s My wife Krissy”.
As they shock hands Krissy looked at the guy and suddenly realised who it was, she said “Oh, you alright “with her words BUT her wide smile and eyes said “Oh my, its Johnny Depp”
I was impressed by Johnny, he seems more like an artist than an actor. Although he is a real mimic .. When I shake hands, I tend to bow a little, he copied that, he also decided to speak with an English accent at some points. He told us he was going to the studio ” to make some noise” Krissy got the distinct impression he wanted us to join him, I did too but I brushed the notion off, not because I didn’t want to BUT because I understand Depp is still into “recreationals” and I didn’t want Krissy to start mouthing off her disapproval. Thus, I made my excuses and pretended we had to be somewhere.
The end 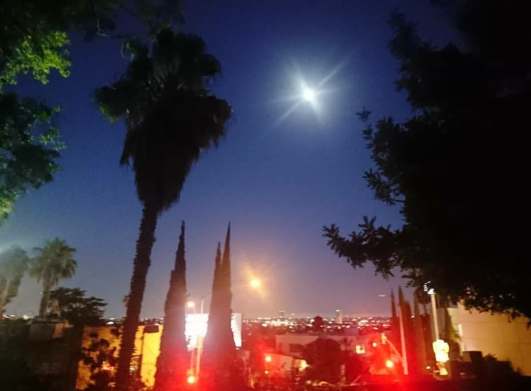 “Cancel Culter ” is a culture born of the modern “Left”
Its a movement derived from self-appointed tastemakers deciding what fits in with their moral/ethical belief systems.
These systems, these days are packed and labelled as “Woke”. They are essentially based on well-meaning but abstract idea’s that used to only be found birthed, breathing and dead on the college campus.
“Woke”, used to be a student phase, like listening to Devo, watching Dogme 95 cinema, having bi-sexual threesomes, thinking wearing a shirt with the buttons done up the wrong way makes you eccentric, wearing an Ironic T-shirt means you are rebellious and thinking everyone in the world must know you are “Pansexual, actually”- even though you don’t know what it means and are really just “ambidextrous “
These idea’s never could stand toe to toe with the reality of the “real world” ..Thus, they were thrown away within the first day of leaving University (along with henna hair dye, army jackets with slogans written on them with marker pen, Manic Street Preacher’s and John Grant merchandise and the books of Martin Aimless…I mean Martin Amis.
That was the old world, at least …In the new world, over the last 10 years, the rules of the campus became the guiding hand of the media.
Twitter, FB, Reddit and 4chain created an audience for extremes. The “kettling” effect of modern algorithms pushed each tribe into a cyber reality that only reflected their own idea’s of reality. Isolation breeds distortion.
The right-wing became a more extreme version of itself, the left became a more extreme version of itself … So extreme in some ways, it’s now more fascist than the actual right

These days “woke” is the mainstream and if you don’t want to subscribe you are “Cancelled”. ’cause you see there is no sense in modern life.

Surely, a movement that seeks to “cancel” art, is fascist by very nature?

The worst thing is, often the cancelling isn’t even done for moral reasons, the outcry is usually just from some “journalist ” or blogger, trying to make their name by ruining another’s- an old trick, that the modern call “Trolling”
The hunter aims to kill it’s prey, with accusations of lack of virtue. Whether there is no lack is here nor there.
Its all click to the bait

I thought the movie was, somewhat, self indulgent at times. A tad too many ” Oh, lets re shot that scene from__” moments…
However, generally, speaking, it’s really rather good and like all good films it will improve with further viewing . The movie is a love letter to times past, with some score settling thrown in- the ending (which I won’t share) is a fantastic piece of Hollywood revenge .

In the movie Tarantino uses Sharon Tate, as a kind of symbol of a purer, happier time…
This reminded me of something I blogged about before ..So I thought I’d re share.